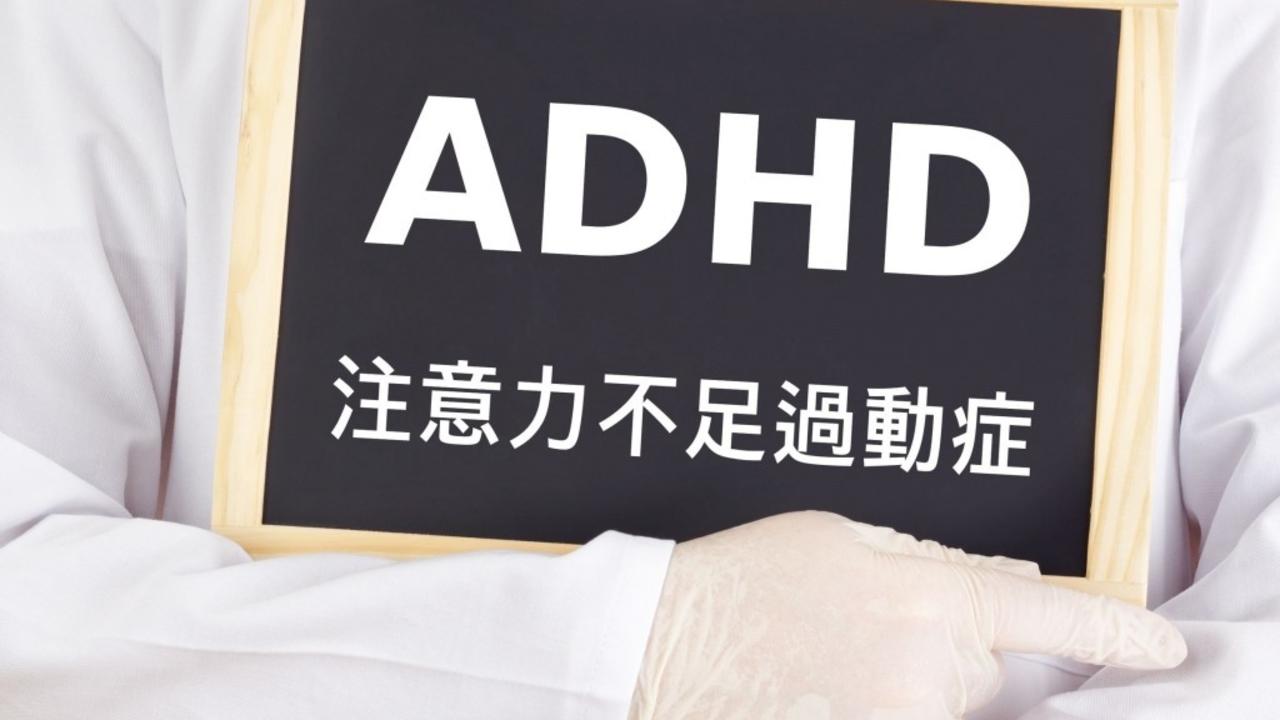 Ever since Sir George Still first described attention deficit hyperactivity disorder (ADHD) in 1902, the disorder has perplexed the medical world. As far as history tells us, clinical research was quite limited until 1967 when the U.S. National Institute of Mental Health first provided funding to study the effects stimulants had on children with hyperactivity. At that time the illness was coined “minimal brain dysfunction,” highlighting the confusion many had about the disorder. Today however, scientists claim to have a much firmer grasp of this enigma and are now recommending mind-body modalities like Tai Chi to help people overcome many of the debilitating consequences related to ADHD.

Although ADHD has already reached epidemic proportions, it is suspected that the data is somewhat skewed because of gross under diagnosis and confusing it for other problems. At present, some 12 percent of children are affected by the disorder, making it one of the most common childhood mental disorders. The National Institute of Health (NIH) states,

“Parents and teachers can miss the fact that children with symptoms of inattention have ADHD because they are often quiet and less likely to act out. They may sit quietly, seeming to work, but they are often not paying attention to what they are doing. They may get along well with other children, whereas children who have more symptoms of hyperactivity or impulsivity tend to have social problems. But children with the inattentive kind of ADHD are not the only ones whose disorders can be missed. For example, adults may think that children with the hyperactive and impulsive symptoms just have disciplinary problems.”

The American Psychological Association describes ADHD as, “A behavioral condition that makes focusing on everyday requests and routines challenging.” In essence, people with ADHD have trouble with present-moment activities like being organized and remaining focused on the task at hand as well as future activities such as making realistic plans and thinking before acting. Oftentimes people with ADHD are fidgety, noisy and unable to adapt to changing situations. Children with ADHD can also be aggressive, defiant, and have poor social skills.

The Centers for Disease Control and Prevention (CDC) notes that males are almost three times more likely to be affected than females and prevalence varies considerably from state to state. For instance, North Carolina has the highest prevalence at 15.6 percent and Nevada 5.6 percent. Overall, the Southeast and Mideast report more ADHD than any other section in the country and the Southwest reports the lowest.

It is important to note that although a vast number of the people diagnosed with ADHD are children, many adults are affected. Particularly, with the surge of diagnoses the past 30 years, America is experiencing a unique time in which more adults are being treated for ADHD than ever before.

According to the NIH, “No single test can diagnose a child as having ADHD. Instead, a licensed health professional needs to gather information about the child, and his or her behavior and environment.” Typically, the medical management associated with ADHD centers on behavioral therapy and drug intervention. Currently, medical treatments focus on symptom reduction. Some examples include:

The risks associated with using amphetamines to treat ADHD has been widely known for many years and include some of the following:

It appears that the benefits of Tai Chi for children and adults with ADHD have reached mainstream. HelpGuide.org, for instance, advises people suffering from the mental disorder to practice Tai Chi to not only reduce stress, but to “teach you to better control your attention and impulses.” This should be no surprise as medical journals contain several studies highlighting Tai Chi’s ability to help people with ADHD.

• For instance, in 2001, Journal of Bodywork and Movement Therapies published a study that evaluated the manner in which a Tai Chi program would affect 13 adolescents diagnosed with ADHD. The participants, 11 males and 2 females of an average age of 14.5 years, volunteered to be part of a five-week program in which they practiced Tai Chi for 30 minutes twice a week. To measure the outcomes, the participant’s teachers, not aware that their students were practicing Tai Chi, completed the Conner’s Teacher Rating Scale; a commonly used 28 item teacher rating scale yielding values in regards to anxiety, asocial behavior, conduct, daydreaming, emotion and hyperactivity. Upon testing the children after 10 sessions, the researchers concluded, “The adolescents displayed less anxiety, improved conduct, less daydreaming behaviors, less inappropriate emotions, and less hyperactivity.” Fascinatingly, “These improved scores persisted over the 2-week follow up” after the program was discontinued highlighting the continual benefits Tai Chi has on the mind and body.

• In 2010, BMC Complementary and Alternative Medicine published an article from Tufts University School of Medicine researchers that systematically reviewed the effects of Tai Chi on stress, anxiety, depression and mood disturbance in eastern and western populations. In total, of the 29 articles they found, they evaluated 19 studies highlighting the anxiety-reducing ability of Tai Chi. Of significant interest is an eight-study group reflecting data from 359 participants with “symptomatic osteoarthritis, healthy adults, elderly with cardiovascular disease risk factors, individuals with fibromyalgia, and adolescents with ADHD found that Tai Chi practiced 2 to 4 times a week (30 to 60 minutes/time) for 5 to 24 weeks was associated with a significant reduction in anxiety.” For one activity (i.e. Tai Chi) to affect such a wide variety of health concerns points to the unbelievable, global benefits Tai Chi has on the body. This point cannot be stressed enough as there are not many things that can do this!

• Also in 2010, Medscape Medical News reported the results from a study presented at the American Psychiatric Association 2010 Annual Meeting. “The practice of [Tai Chi] for 6 weeks during a summer camp improved behavior control in adolescents with mental illness.” A researcher from the study, Peng Pang, – resident in psychiatry at Maimonides Medical Center, Brooklyn, New York – noted that, “We found beneficial effects in controlling hyperactivity in the group as a whole, and adolescents with a diagnosis of ADHD also showed improvements in cognitive skills.” The study included 10 adolescents in an experimental group that practiced Tai Chi twice a week for 45 minutes a session and 9 volunteers who did not practice Tai Chi during a summer respite program run by the medical center. The average age of the participants was 14 years and ADHD was the diagnosis for approximately 50 percent of the group. The other volunteers were diagnosed with adjustment disorder, depressive disorder, oppositional defiant disorder, and anxiety disorder. According to Medscape Pang suggested, “Because Tai Chi has no adverse effects and no significant costs, it is a potential economic alternative treatment modality, especially for patients intolerant of ADHD medications or those whose parents object to the use of medications, or as a way to maintain a relative steady state during medication vacations.”

• Complementary Therapies in Clinical Practice printed a paper in 2012 in which University of Miami Medical School researchers conducted a review of “studies published during the last several years on exercise effects on overweight, growth, chronic illnesses, depression and anxiety in children and adolescents.” In addition to a taking a look at aerobic exercise, they also included Tai Chi in their analysis. From their data, they were able to confirm, “Body mass index and lipid profiles have improved in overweight children, and those with asthma, diabetes and depression have also benefited from exercise.” The paper stated that the studies involving Tai Chi showed particular benefits for children suffering from asthma and ADHD. To explain this phenomenon, the authors suggested that the positive effects produced by Tai Chi may be due to “the stimulation of pressure receptors leading to increased vagal activity, decreased stress hormones and increased production of anti-pain and antidepressant neurotransmitters such as serotonin.” In other words, by helping reset the internal regulatory system, Tai Chi improves neuroendocrine-immune interactions thereby improving every aspect of health at the cellular. Thus, children with ADHD and asthma are greatly served by regular practice of Tai Chi.

• Researchers from The Hong Kong Polytechnic University published a study in the Journal of Alternative and Complementary Medicine in 2010 that investigated whether elderly Tai Chi practitioners had improved attention and memory in comparison to older people who regularly exercises and with those who did not. In total, 135 people aged 60 years and older volunteered for the study. The Tai Chi group consisted of 42 individuals recruited from Tai Chi clubs in Hong Kong, the exercise group included 49 people recruited from various community centers, and 44 people from various elderly centers who reported not exercising comprised the final group. According to the researchers, “The main finding was that the three groups differed in attention and memory functions, and the Tai Chi group had demonstrated better performance than the other two groups in most subtests.” Although not specifically evaluating ADHD patients, the importance of this study is paramount in that it gives us precious clues as to how people with ADHD can achieve sustainable cognitive function as they age; particularly in regards to the key components of decreased attention and memory that affects so many who are diagnosed with this disorder.

Tai Chi has been shown to help children of all ages who struggle with ADHD. The hope that this last study provides for people with ADHD is that the benefits to memory and attention associated with Tai Chi training do not end at adolescence. It continues well into old age.

At present, the cause of ADHD is unknown, although mounting evidence suggests that genetics plays a key role. Epigenetics offers the suggestion that certain environmental triggers “turn on” these genes. However, just because certain genes may be expressed through ADHD symptoms it does not preclude that the disease is irreversible. The research validating Tai Chi’s ability to help improve attention, memory and other concerns associated with ADHD offers hope that the genetic propensity can not only be reversed, but also prevented.